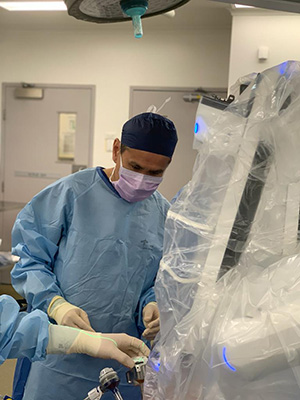 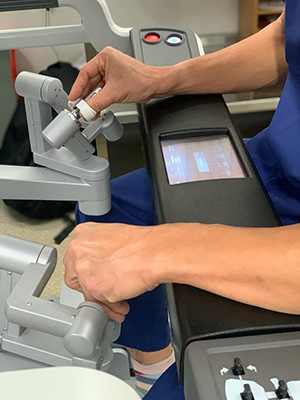 Surgery for prostate cancer is called radical prostatectomy (RP). It involves complete removal of the prostate gland and can be performed via a standard open incision or keyhole / laparoscopic techniques. Keyhole or laparoscopic radical prostatectomy (LRP) is a minimally invasive technique that can be achieved with or without the assistance of an expensive robotic machine.

Traditionally radical prostatectomy was performed through a single incision that extended from the pubic bone to just below the umbilicus (belly button). For robotic/laparoscopic prostatectomy we use 5 small incisions through which ports are placed and specialised instruments and telescopic cameras are then inserted through the ports to perform the surgery in a precise manner facilitated by magnified vision.

Pure laparoscopic prostatectomy without robotic assistance is only performed by a handful of surgeons in Australia, partly due to the intensive training that is required to become proficient and training centres located primarily in Europe where this was pioneered. Dr Louie-Johnsun was trained by one of the world’s pioneers and authorities on laparoscopic prostatectomy who has one of the highest volume of cases in the world. 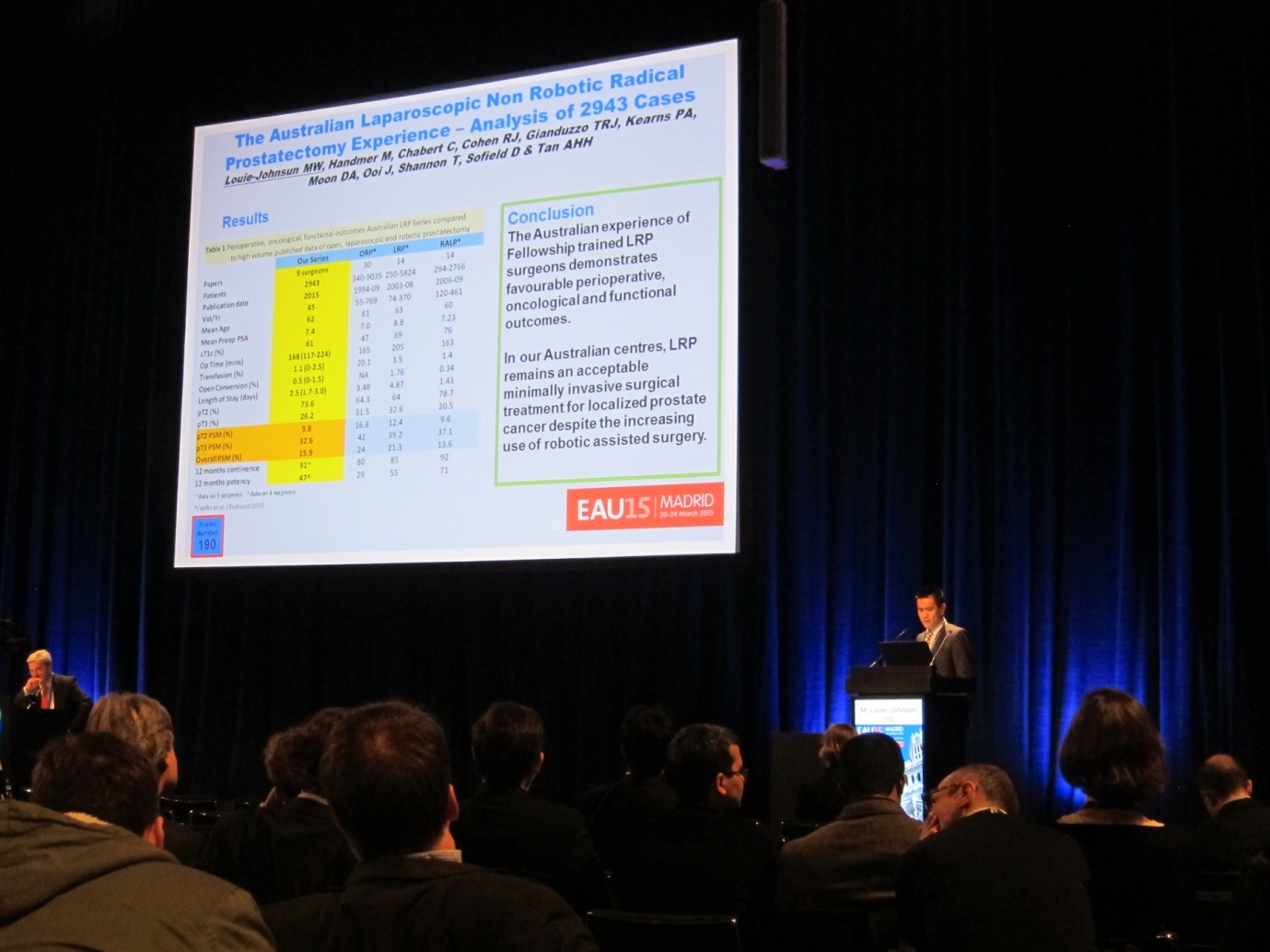 The nerves that supply the erectile tissue within the penis can be spared and with preservation of these nerves there is a much higher rate of spontaneous erections after surgery and the return to normal urinary function is also much improved. A “nerve spare” operation can always be performed, however the main priority with this surgery is to cure the patient of prostate cancer and a discussion with Dr Louie-Johnsun will detail whether or not the patient is suitable for nerve preservation to maximise functional outcomes. 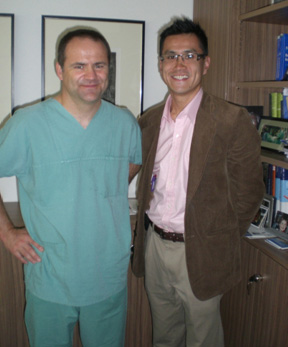 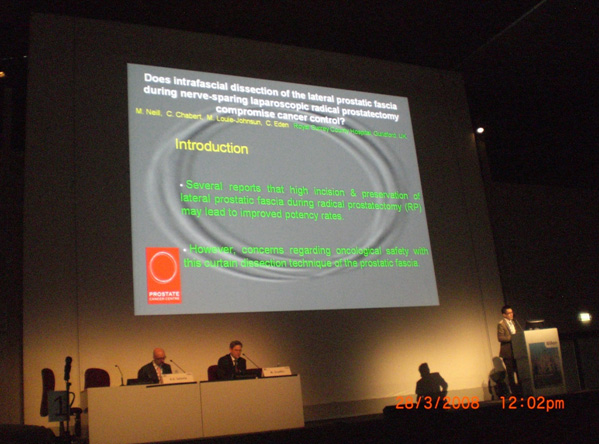